Are you an avid bird watcher who loves seeing various species of birds or enjoys their sweet chirping in their natural habitats? If yes, then this bird watching trip including a hike through the Ebony Forest, is something you should not miss.

Watching the endemic birds of Mauritius and immortalizing the beautiful moments in candid pictures is certainly an exquisite experience. 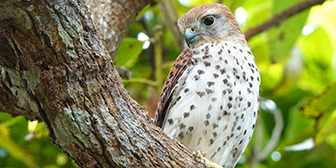 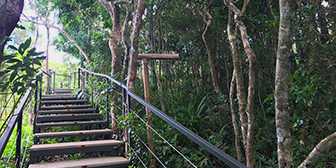 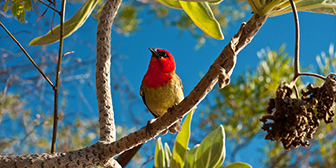 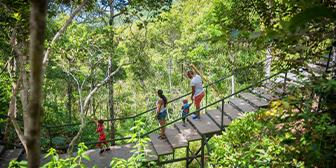 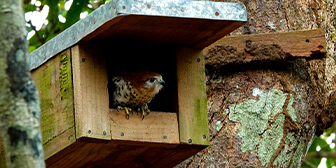 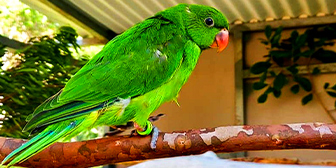 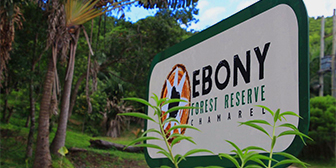 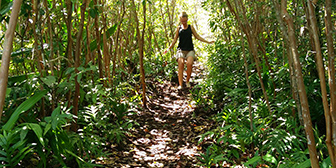 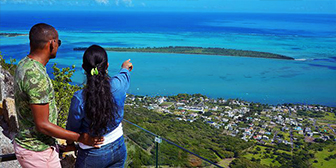 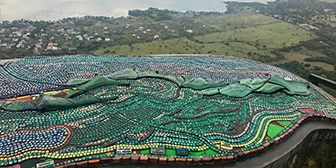 Highlights of this trip :

Prepare for a very special and unique birding experience among one of the most magnificent ebony forests and few places in Mauritius where six of the nine remaining endemic birds call home.

Your birdwatching adventure starts with a brief visit to the museum. The museum explains the geology, history and flora and fauna of the island in simple readable explanations. Your expert guide will give you a summary of the natural history of Mauritius and explanation of why the island’s birds are so threatened. You will have time after your Tour to visit the museum at your leisure.

Afterwards you will hike through the luxuriant Ebony Forest in order to reach a bird watching viewpoint. Here, you will be able to catch sight of several endemic bird species, like the Mauritius Echo Parakeet, the Pink Pigeon, the Mauritian Merle, the Mauritius Grey White-Eye and the Mauritian Flycatcher.

You will then head through the endemic forest to the Flycatcher Raised Walkway. Once there, a guide will accompany you on the mid-canopy walkway of 300m through one of the best-preserved ebony forests in Mauritius, once home to the Dodo. You will encounter some of the rarest plants in Mauritius, see ebony trees and may meet the Mauritius Paradise Flycatcher and Mauritius Bulbul. The inquisitive Mauritius Paradise Flycatcher is bound to find you before you see it. Often seen in pairs, these delightful passerines will come and say hello.

After birdwatching, you will head towards the Sublime Point on foot to enjoy a refreshing drink along with authentic local snacks while admiring the breathtaking view of the west coast of Mauritius. The Sublime Point offers a stunning view of the Le Morne Brabant, a UNESCO World Heritage Site, crystal clear waters surrounding Ile aux Benitiers, and the surrounding mountain ranges including the island’s highest peak, Piton de la Riviere Noire.

Enjoy exploring Mauritius’ hidden treasures in the Ebony Forest. Hiking is a wonderful way to see and experience the many wonders of the forest and splendid surrounding views. Plus, for some segments of the trip, you will be accompanied by a passionate guide who will impart their in-depth knowledge of the island’s ecological history.

About Endemic Birds in Mauritius

The Mauritius Grey White-eye (Zosterops Mauritianus) is the most abundant of the endemic bird species.This is the only endemic bird to have adapted itself to man-made conditions. Gregarious, it moves in bands of 6 to 20 throughout the year.

The Echo Parakeet on the other hand is one of just nine surviving bird species that are found only on Mauritius. These birds remain in pairs throughout the year and may be seen feeding each other in courtship rituals for much of that time.

The Pink Pigeon, the largest of all the pigeons and doves found on Mauritius is another highly endangered species. The pink pigeons became nearly extinct in the 1990s and are still very rare. It is the only Mascarene pigeon that has not gone extinct.

The Mauritius Paradise Flycatchers (Tersiphone desolata) are endemic songbirds, which experienced population declines in Mauritius. This inquisitive bird, threatened due to habitat loss, has found refuge at Ebony Forest. You will often see two birds together as male and female birds.

About the Ebony Forest

One of the most exciting conservation initiatives in Mauritius in the last few years, the Ebony Forest seeks to recreate a small pocket of indigenous native forest, the likes of which covered the entire island just 250 years ago.The forest covers 45 hectares with 7 km of hiking routes, two raised walkways that climb into the mid-canopy and an interpretation centre (Museum) with a small shop.

As one of the best-preserved endemic forests on the island, the Ebony Forest, in the southern region of Mauritius, is actively restoring and preserving rare and threatened fauna and flora of Mauritius. Visitors can participate and become Guardians of the Forest by planting a tree or sowing a seed.

The Ebony Forest museum is where you can witness 8 million years of the island’s history, including the history of the unique animals and plants that inhabited Mauritius. The museum provides an overview from the volcanic eruption millions of years ago, to the flora & fauna that inhabited our island including how man’s actions have ultimately destroyed the island’s unique environment.

This trail runs along the mountain top. To the west, you will see Le Morne, a UNESCO World Heritage Site and Île aux Benitiers, while to the east you will see the south-east coastline and the different plant restoration sites. From there, you can either walk down from Sublime Point, or up from the Flycatcher Raised Walkway. This is a relatively gentle trail and is expected to take 30 minutes at average pace.

This 400m trail is a continuation of the Ridgeline Trail and is accessible from Sublime Point. If you are feeling energetic, you can hike up to the peak of Piton Canot (542 m) where you will be rewarded by a 360-degree view. The trail ascends around 140 m, and will take a return trip of around 45 minutes. The hike up Piton Canot will provide you with breathtaking panoramic views of the south-west of Mauritius.

A guide will accompany you on this mid-canopy walkway of 300 m through one of the best-preserved ebony forests in Mauritius. You will encounter some of the rarest plants in Mauritius, see ebony trees and may meet the Mauritius Paradise Flycatcher and Mauritius Bulbul.

There are 14 guided tours per day, each 30 minutes in length. The first tour starts at 9:45 and the last one at 16:15. This walkway is at times 4m in height, so if you suffer from vertigo, please let the guide know beforehand.

This short raised walkway of 90 m leads to Sublime Point where you can take in the stupendous views! Relax and admire the UNESCO World Heritage Site, Le Morne, to the south and the Moka range, with the distinctive Pieter Both mountain to the north. Fruit bats, swiftlets and tropic birds soar along the ridgeline.

Safari jeeps are available every 30 minutes; the first one leaves the Visitor Centre at 9:30 to the Flycatcher Raised Walkway

From the Flycatcher Raised Walkway, the next jeep will head towards the Sublime Point and back to the Visitor Centre. The last jeep departs at 16:30 during winter (1 April - 31 October) and 17:00 during summer (1 November- 31 March).

Each jeep has a capacity of 9 visitors, so availability is not guaranteed. Walking through the Ebony forest is recommended for a more immersive experience.

Visit the native plant nursery, situated at the Visitor Centre, which is the only nursery in Mauritius dedicated to propagating only native and endemic species. It specialises in growing species from coastal to upland areas, including rare and threatened species.

Mauritius has one of the most threatened island floras, where almost 90% of its endemic plant species is at risk of extinction. The Nursery aids in conservation work to ensure that the island can maintain a high genetic diversity with strong and healthy plants, all whilst protecting the wildlife of the island. You will find a large variety of trees, shrubs, creepers, palms and ground cover plants here.

Facilities at The Ebony Forest